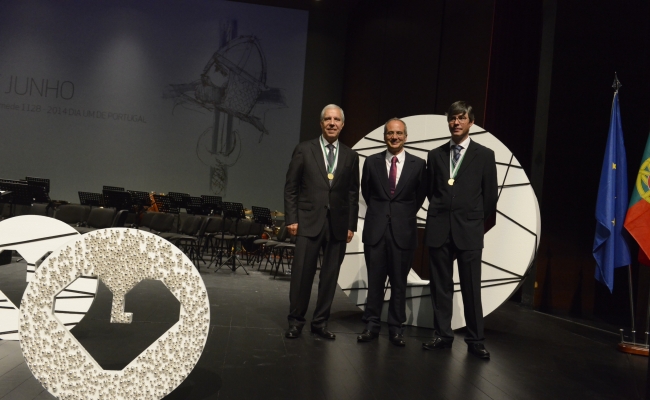 Prof. Rui Reis received the Medal of Honour from Guimarães City Hall, having also been attributed the Title of Honorary Citizen of the city.

This title was also attributed to the former president of Guimarães City Hall, Dr. António Magalhães. This is the first time that this title is attributed in Guimarães. The ceremony took place on the 24th of June at 17h30 at CCVF, in Guimarães, on the scope of the celebrations of S. Mamede Battle (Day one of Portugal).